The Juggernaut was scheduled for February action with the intention of beefing up his CV and topping up his experience ahead of a potential world heavyweight title tilt later this year. The 36-year-old is No.1 ranked by the World Boxing Organisation and is next in line to face the winner of the forthcoming Oleksandr Usyk-Anthony Joshua rematch, which looks likely to take place in May. 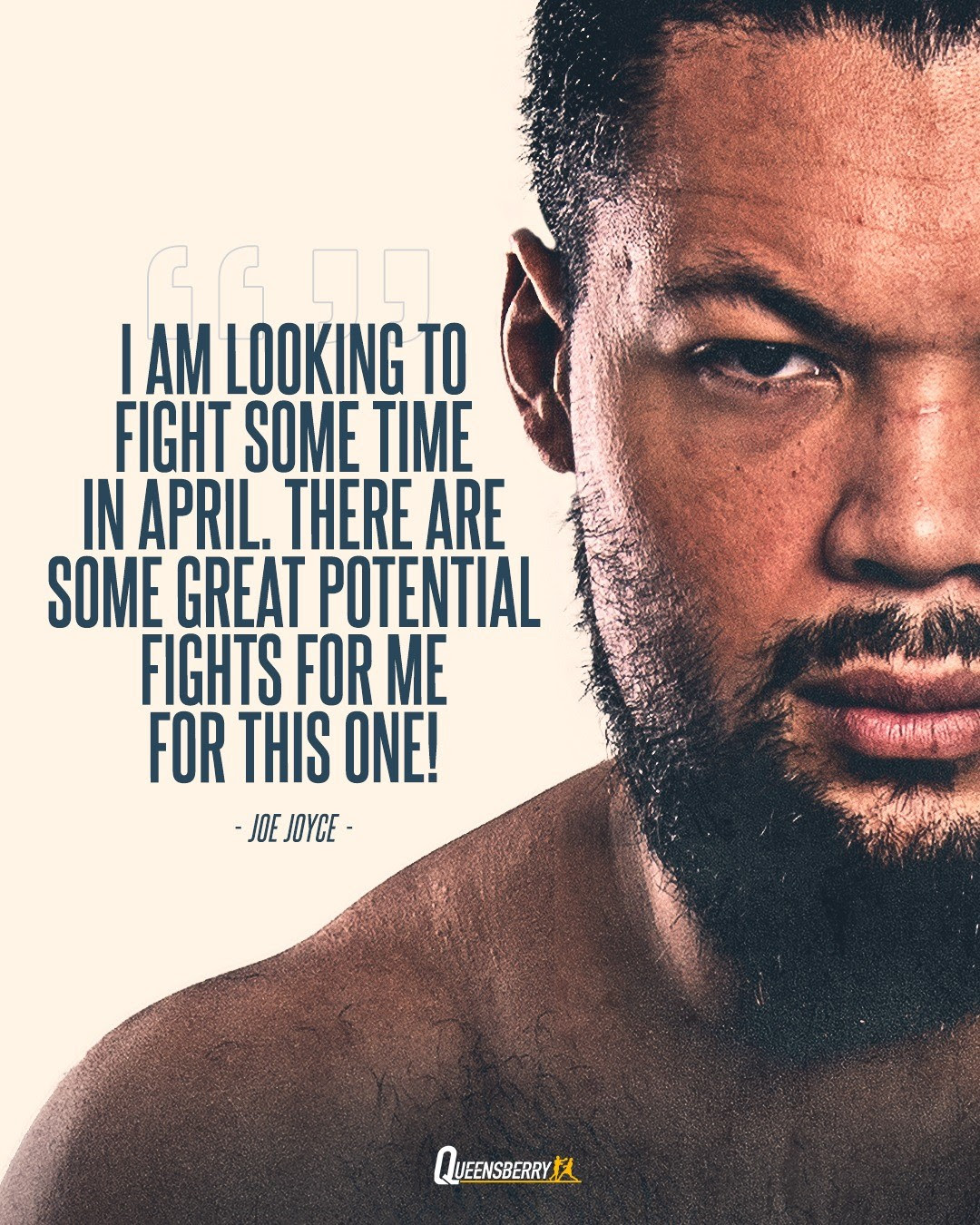 Promoter Frank Warren has indicated a preference for April when it comes to Joyce's return to action.

The 13-0 Putney man with 12 stoppages to his name sustained the injury after returning from a training stint with his revered coach Ismael Salas in Las Vegas, who he was unable to work with across the build-up to his victory over Carlos Takam at Wembley in July of last year due to travel restrictions.

The sixth round stoppage triumph over the redoubtable and rated Takam reinforced Joyce's position in pole position with the WBO and it was a performance the 2016 Olympic silver medallist declares himself satisfied with.

"I think it was an ok performance from me and, technique-wise, it was better," reflected Joyce. "I feel it was a good performance against Takam, although he landed some good shots that didn't seem to faze me. I was kind of working out his timing and stuff and landing when I could, while trying to avoid or block most of his looping shots that were coming over the top.

"I found the timing with my jab then landed a good left hook in the sixth. After that I was like 'okay, I am not going to stop throwing punches until this is stopped'.

In some respects, Joyce acknowledges that he reverted to type against Takam after a slick and elusive performance against Daniel Dubois, where he showed nimble footwork and a rapier-like jab. At the SSE Arena it was more of a give and take affair, although he reasons this was not a premeditated tactic.

Tyson Fury: If Usyk Comes To The Fight I’ll Slap Him In The Mouth 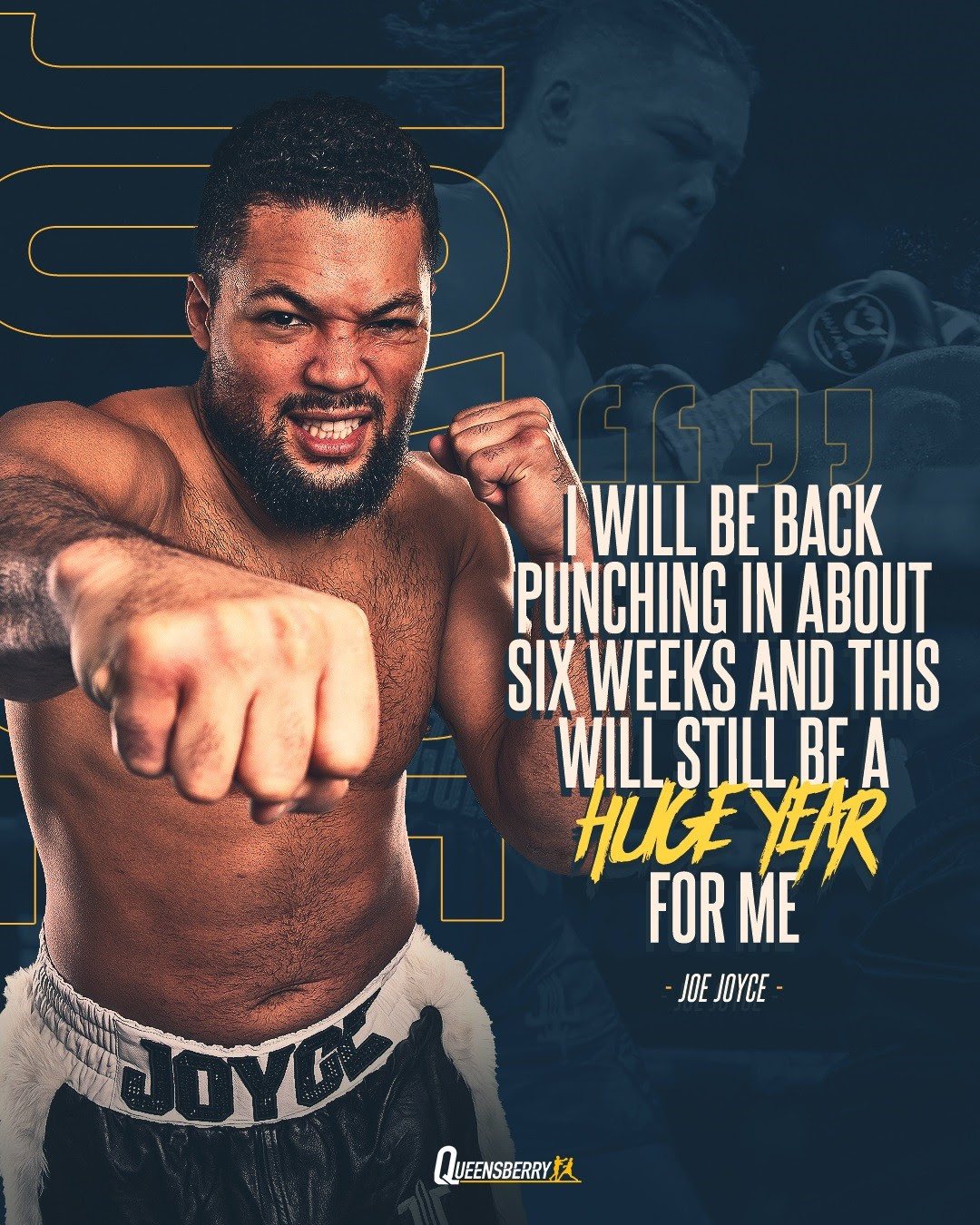 He also reasons that the absence of Salas was a key factor.

"It is just the way it turned out really, but I think it was a case of not having worked with Salas. This is why I had to reconnect with him and go back to Vegas to start learning some more stuff from him.

"For the Dubois fight he came over for two weeks to set the game plan and polish up my technique, which resulted in me going in and doing the job.

"I am in a better place after doing a training camp with him, for sure. He brings me on a lot and from the start of my professional career he installed in me the fundamentals and biomechanics of boxing."

Joyce is planning further tutorials with his Cuban mentor when he returns to the first phase of his training in the next couple of weeks before finally getting back into headline action.

"I am looking to fight some time in April and there are some great potential fights for me for this one, which is something to look forward to. I will be back punching soon in about six weeks and this will still be a huge year for me."

Tyson Fury: If Usyk Comes To The Fight I’ll Slap Him In The Mouth

The Road To Fury Vs Chisora 3

Deontay Wilder Will ‘Give Anything’ To Fight Anthony Joshua Next